The year 2016 has been unpredictable so far. That’s true for politics and it’s true for sales tax. With numerous states desperate for more revenue, sales tax is being broadened, rates are increasing, and exemptions temporarily suspended. Never easy, sales tax compliance is now exceptionally challenging, particularly for businesses selling in multiple states.

From coast to coast, state legislators are deliberating difficult issues. What more can be done to collect on untaxed remote sales? Should they increase the state rate? Should sales tax be expanded to traditionally excepted services? Should they eliminate exemptions to generate more revenue, or expand them to stimulate business growth? Each state’s solution will be unique, and each will affect your business in different ways.

There’s been a lot of hype around online sales tax this year. With federal lawmakers at an impasse, states are launching a frontal assault on Quill, the 1992 Supreme Court decision (Quill Corp. v. North Dakota) that affirmed that out-of-state sellers must have a physical presence in a state to be required to collect sales tax. Their goal: Create an opportunity for the Supreme Court to reverse Quill.

But it is South Dakota’s new remote seller compliance law that may have the best shot at taking on Quill. Two trade associations challenged the law before it took effect on May 1, and the state is suing four large Internet retailers who refuse to comply. These are the salad days for tax attorneys.

This well-orchestrated assault on Quill has created a challenging environment for retailers. Around the country, remote sales tax laws, policies, rules and regulations are in flux. Sales tax compliance, never easy, has become even more difficult for businesses selling in multiple states.

Internet sales tax is only one leg of the sales tax stool. What’s happening in Louisiana and other states represents another.

Incoming Governor John Bel Edwards (D) inherited a large and growing deficit. Much of the badly needed revenue will result from sales and excise tax changes. These include:

Louisiana has become an especially challenging place to do business because many of these changes are temporary. Previously exempt goods that are subject to a temporary sales tax will see the rate decrease on July 1, 2016, then again on July 1, 2018. Adding to the confusion is the fact that some goods and services are subject to the new state sales tax rate while others are subject to the former, lower rate. In addition, Louisiana allows home rule: More than 20 municipalities may levy or abolish their own local sales taxes.

A number of businesses in North Carolina are still working to decipher the tax on sales of labor and repair services that took effect March 1. Although the North Carolina Department of Revenue worked hard to educate retailers in the months leading up to the change, a lack of clarity remains. Confusion is understandable. For example, if a car is towed to its owner’s home, the charge for towing is exempt; if it is towed to a garage or repair shop, the charge is taxable.

In the next fiscal year, Oklahoma expects to bring in approximately $900 million less than it will during FY 2016. To generate more revenue, the governor would like to broaden sales tax to many services. Neighboring Texas applies tax to roughly 60 more categories than does Oklahoma, and New Mexico’s gross receipts tax applies to about 130 more.

The governor is also looking to eliminate exemptions that cost the state more than $8 billion annually, and dramatically improve audit procedures to capture more sales and use tax revenue. There is support for increasing the state sales tax rate; however, the governor does not currently think a higher rate is the answer.

There’s more to South Dakota than a controversial tax on remote sellers. The state sales and use tax rate is set to increase on June 1. The 0.5 percent rate increase also applies to amusement device tax and farm machinery excise tax.

Even honest mistakes can cost you

Getting sales tax right in this inconstant environment requires extra vigilance. You can land in serious trouble by applying incorrect rules, exempting taxable goods and services, or by not using the proper forms and certificates. Handling sales tax incorrectly, inadvertently or not, can trigger hefty fees and penalties and land you a spot on the auditor’s Most Closely Watched list. It can even trigger costly class action lawsuits. Consider these cases:

In most cases, these businesses were not intentionally overcharging their customers. They just got sales tax wrong. And they’re paying for it with legal fees, settlement costs, penalties and interest.

Sales and use tax compliance are hard, but there’s a way to simplify it

Complying with existing sales and use tax laws and rules and regulations are hard enough. Throw change in the mix, as have Louisiana, North Carolina, Oklahoma and South Dakota, and compliance can eat up a lot of extra time and energy and cause an inordinate amount of stress.

It may seem like the cards are stacked against you, but there’s a way to manage sales tax simply, without risk. Incorporate tax automation into your shopping cart or ecommerce system. Be confident that rates and rules are being accurately applied to every transaction today, guaranteed, so adapting to change will be easier tomorrow — whether that change comes from a state or your own growth. 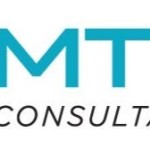